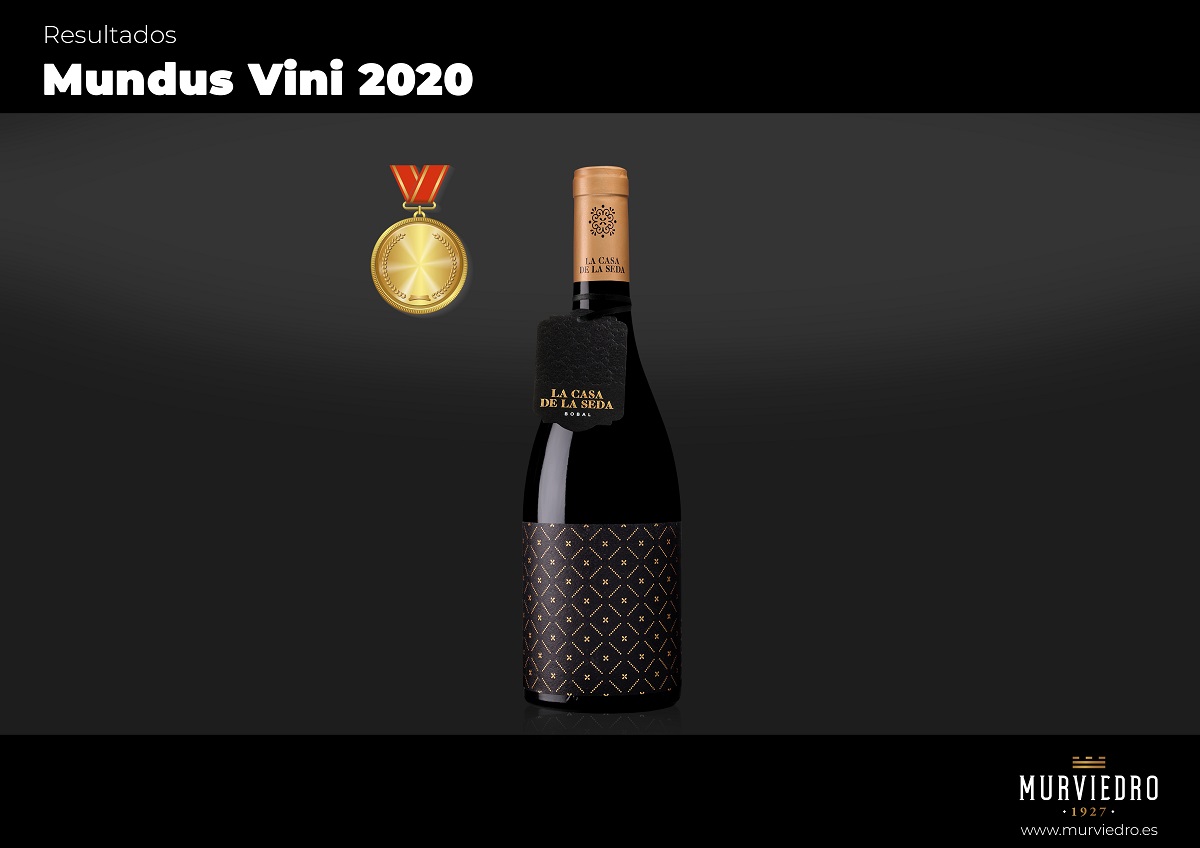 A shower of medals and high scores for Bodegas Murviedro at Mundus Vini in Germany, The Best Spanish Wines of Restauradores magazine, the Peñín Guide 2021, and at the Sommeliers Choice Awards in the USA, where, alongside other single-variety wines, the wines made with Bobal Old Vines were in the limelight

Requena, 8 September 2020.- Bodegas Murviedro’s most emblematic wines elaborated with the Bobal grape variety have won the recognition of the jury which met for five days in the German city of Neustadt an der Weinstrasse, in the Summer Tasting of the prestigious Mundus Vini awards.

Some of the Valencian winery’s best wines travelled to Germany in mid-August to compete with the almost 4,500 wines from all over the world. The results have been magnificent with the GOLD Medals won by the wines Expresión Reserva Bobal 2016 and La Casa de la Seda (The House of Silk) 2018.

The Murviedro wines impressed the 120 experts making up the tasting panel. This time, the three red wines come from grapes from very old Bobal vines, some more than a hundred years old, from goblet vineyards under strict dry cultivation, in DO Utiel-Requena. A basis of top-quality fruit, respect for the environment and painstaking elaboration have made possible the international recognition of these singular wines which reflect their terroir of origin.

Outstanding in the Restauradores magazine and in the Peñín Guide too

The latest issue of the specialised Restauradores magazine has published its selection of The Best Spanish Wines, among which La Casa de la Seda 2018 stands out with 92 Points, a wine with a unanimous evaluation from the critics. Audentia Reserva 2015, a judicious assemblage of Tempranillo, Monastrell and Cabernet Sauvignon, with the stamp of DO Valencia, also got 91 Points. Sericis Cepas Viejas Monastrell 2016 was awarded 90 Points.

This summer, while the Murviedro wines were competing in Europe, in the USA the Sommeliers Choice Awards competition was taking place in San Francisco. Sommeliers and purchase managers at restaurants, bars, pubs and clubs from all over the USA evaluated and awarded GOLD medals to Sericis Cepas Viejas Bobal 2017 and Sericis Cepas Viejas Monastrell 2016. Well-deserved results which consolidate the presence of Bodegas Murviedro’s wines on the market of this North American country.