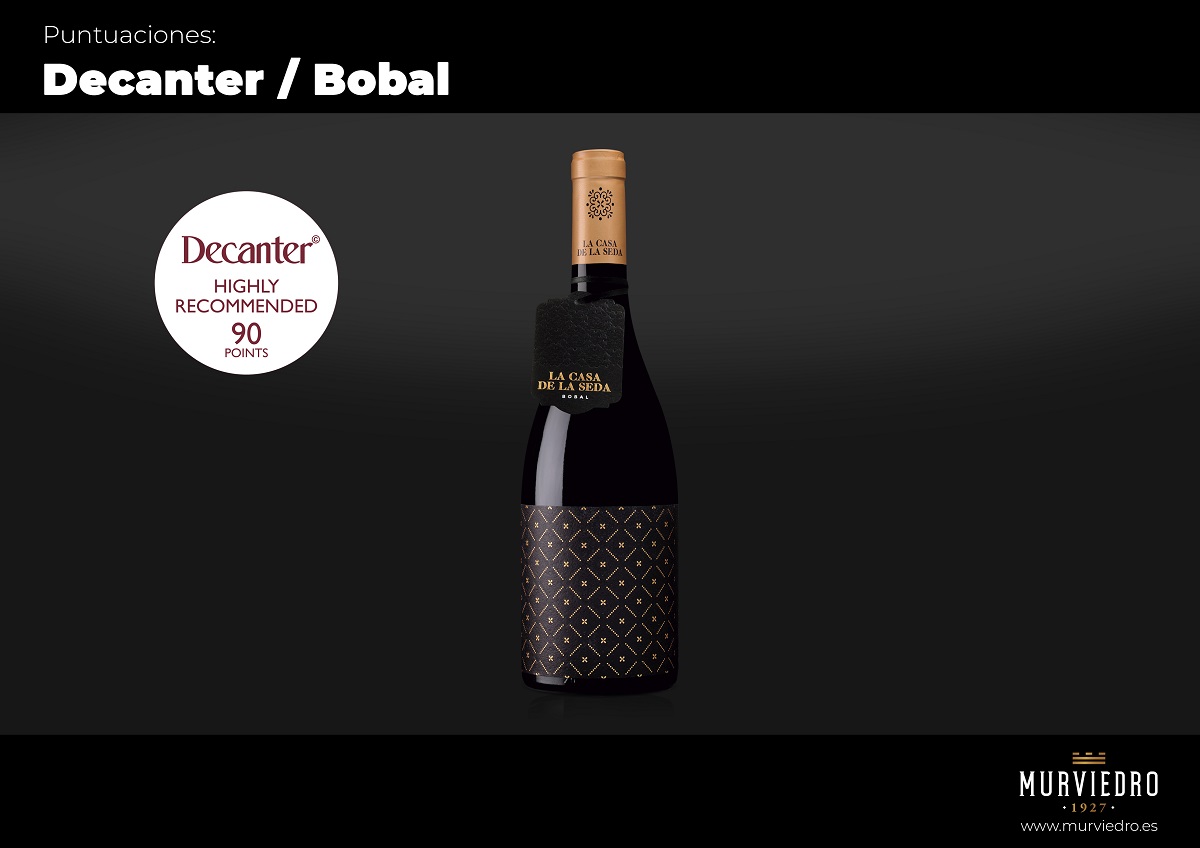 The Bobal from La Casa de la Seda’s hundred-year-old vines has been qualified as HIGHLY RECOMMENDED, with 90 POINTS, by Master of Wine Sarah Jane Evans in Decanter magazine.

Requena, 8 March 2021.- By its own merit, La Casa de la Seda 2018 has found its place among the privileged group of wines to achieve the Highly Recommended qualification with the coveted 90 POINTS from the British review Decanter.

With only two vintages on the market, La Casa de la Seda has known how to seduce the most demanding palates of consumers and influencers who have tasted it. Now the specialist review Decanter has just published its first article dedicated to wines produced with the Bobal variety of grape in the wine-growing regions of Requena and Utiel, Manchuela and Ribera del Júcar, which are the only areas with significant vineyards of this variety in the world.

The report is signed by Sarah Jane Evans MW, who has been accompanied in the blind tasting by two such key figures in the selection and distribution of Spanish wines on the British market as Chistine Parkinson, co-founder of Brimful Drinks, and Beth Willard, buying director at Direct Wines.

The article emphasises that “Producing fresh and fruity red wines and rosés in a wide variety of styles, the Bobal grape is ready to be the centre of attention”.

With regards to La Casa de la Seda 2018, the article describes the sensations it produces: “with attractive floral and raspberry notes, crunchy black fruit in the mouth and notes of spearmint and of campfires, this wine is vibrant and chewy up to its long finish of coffee and tobacco.”

Murviedro’s iconic La Casa de la Seda originates from a vineyard of century-old vines called El Ardal estate which the winery purchased and rescued on the verge of being uprooted due to its scanty productivity. This veritable piece of oenological heritage is farmed using organic, biodynamic winegrowing methods. It responds gratefully by offering less than one kilogram of grapes from each of its vines in small, highly concentrated bunches, whose must yields a unique wine.

This second, 2018, vintage was matured in three types of traditional containers, refining the wine without masking its fruit and terroir. The wine rests in equal parts in a French oak foudre, a large earthenware jar with a volume of 37 arrobas, and an egg-shaped cement tank, in Murviedro’s Historic Winery in the old centre of La Villa de Requena. Here is where the precious threads of natural silk were produced and woven too, in whose textiles the wine’s label is inspired.

La Casa de la Seda’s 90 POINTS in Decanter joins its track record of GOLD awards won over recent months, including 97 POINTS in the SeVi Wine Guide, 95 in Vivir el Vino (Living Wine), 92 in Los Mejores Vinos Españoles (The Best Spanish Wines) from the Restauradores magazine, 92 in the Gourmets Guide and 91 in the Peñín Guide. It also won GOLD at Gilbert & Gaillard, at the USA Wine Ratings and at Mundus Vini in Germany, as well as major honours at the Sommeliers Choice Awards (USA) and the Challenge International du Vin (France).