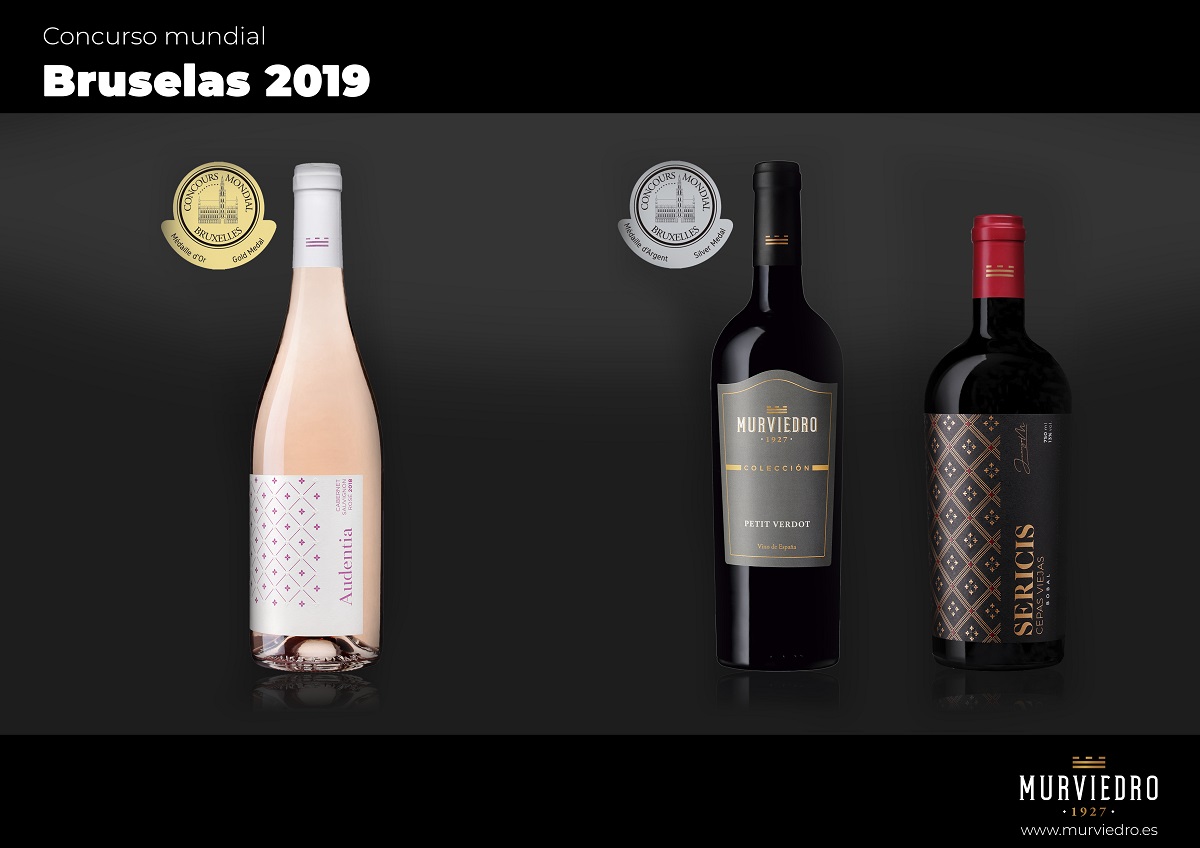 Valencia, May 28th, 2019.- The effort and good practice of Bodegas Murviedro’s human team continues to reap rewards at the most important international contests. The list of prizewinners at the Concours Mondial de Bruxelles has just been announced, and Audentia Rosé 2018 has won a GOLD medal.

Audentia Rosé is especially dedicated to the hotel trade and fine restaurants. In this rosé, the Cabernet Sauvignon is at its freshest and fruitiest.

Its bold personality, full of youth, makes it ideal for accompanying the meals. The dishes of Mediterranean and Asian gastronomy are balanced by this wine with its pale pink colour and intense aromas reminiscent of red fruit such as cherries, strawberries, raspberries… over a dairy base with subtle floral aromas and a final hint of pepper. In the mouth it is elegant, flavoursome, enveloping, with a good fruit load and lively acidity which invites you to take the next sip.

The Cabernet Sauvignon grapes making this wine come from a vineyard in an inland part of the province of Valencia. They are cultivated at an altitude of 900 metres, making it so particular.

Audentia Rosé is elaborated as if it were a white wine. The bunches are destalked after careful selection and proceed to “direct pressing”, meaning that the grapes hardly remain with their skins, just long enough for the wine to acquire its delicate colour, in the style of the French rosés which are currently enjoying such success among the most demanding consumers.

Sericis Cepas Viejas Bobal 2015 is also for speciality shops and the hotel trade, while Murviedro Colección Petit Verdot 2018 can be found in superstores. Both have been awarded SILVER medals at the Concours Mondial de Bruxelles.

Two intense wines, but with different personalities. The first is from old vines and is serious, silky, ripe and elegant. The other is international and cosmopolitan, with the fruitiness of a young wine, varietal, with a brief passage through the barrel.

Los Monteros is one of Murviedro’s emblematic brands, whose image challenges the passage of time, easy to distinguish and inimitable with its exclusive bottle and label recalling natural cork.

Monteros Organic 2018 has won the highest distinction at the Ecovino Prizes, the most important international contest of organic wines in our country.

It is elaborated with Monastrell from the region of Villena in Alicante from a selection of vineyards of old vines under certified organic cultivation. A red wine which embodies the Winery’s commitment to the environment and the natural setting where it carries out its activity.

Los Monteros Organic is a deep cherry red colour, with an intense aroma of ripe and stewed fruit, spiced and balsamy. It is flavoursome in the mouth, with body, ripe tannins, balanced and with a long aftertaste. Perfect for accompanying red meats, roasts, game and mature cheeses.